By far the most common form of weaponry in the galaxy is Kinetic Pulse Weaponry. Effectively a rapid-discharge force field generator, these weapons deliver a physical blow to the target at light-speed without the use of a projectile. Kinetic pulse weaponry is enormously energy inefficient and does not scale up in size well. However, kinetic pulse guns do not require reloading or ammunition, produce no recoil, do not need cleaning or maintenance, and can be easily reconfigured to match the anatomy of any species.

Pulse weapons are stored in a compact inactive state and when picked up by a recognized species will reshape themselves to fit that species hands and arms, or equivalent appendage. As such pulse guns are standard in both Dominion and Alliance military use, as well on civilian stations for repelling emergency Hunter attacks.

Humans are not a recognized species and cannot use or activate an inactive weapon. Humans can pick up and fire a pulse weapon that was previously activated and configured for another species, though the size of the weapon and the relative placement of the grip and trigger may make it very cumbersome for a Human to fire.

Depending on the size and power supply, a kinetic pulse can smash bone, pulp flesh and tear off limbs, and even reduce their unfortunate victim to a shower of liquefied organic matter. Alternatively, lower-powered versions can simply stun. Humans, however, are highly resistant to Kinetic Pulse fire. While the shots do hurt, light KP pistols only hurt about as much as a round slap in the face and KP rifles feel more akin to being punched by a relatively strong man. Blows this powerful CAN kill a human, but are much more likely to just bruise and daze. Only the heaviest KP-weaponry, originally designed to overwhelm the shielding around old tanks and other vehicles, can reliably harm a human - they are about equivalent to being kicked by a horse. A human hit by such a round will probably stay down with several broken bones, and might well die from internal bleeding, but a glancing blow can still result in the human getting back up, dazed and confused and nursing a broken arm, but very much alive.

Kinetic pulse weapons can be modified to fire projectiles of most any configuration, though not always at 'bullet' speeds, making them useful as harpoon guns or cable launchers. They can also be scaled up into scrapguns which use a large array of KP weapons to fire tubes full of anything from scrap metal to water ice. This is a suitable, if short ranged, makeshift anti-shield weapon suitable for attacking unarmored ships.

Despite their inefficiency, throwing enough power into a KP emitter will allow it to mulch even humans, and is used by Regaari against a red Hunter during operation NOVA HOUND, and later by the Hierarchy Abductor ship during operation EMPTY BELL, though in the former case the pulse pistol was overloaded so badly it melted. 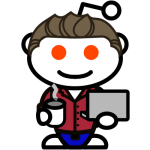